Bigest book in the world 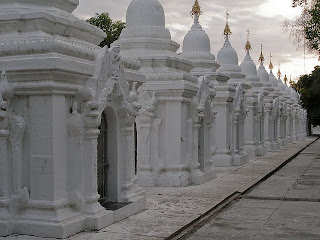 King Mindon of Burma wanted to leave something to posterity. As a book lover he thought that literature was one of the most valuable elements of an enlightened society so he planned to leave a book behind him. Not any old book though – this would be the largest book in the world. 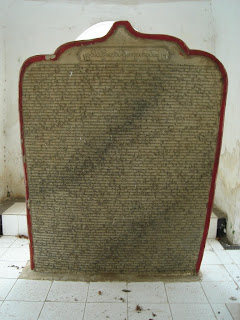 The King wanted the book to last for five thousand years so paper would not do. In 1860 he started the construction in Mandalay (then the capital of Burma). At the base of the Mandalay Hill still stands the largest book in the world. Its dimensions are staggering: the book has seven hundred and thirty leaves and one thousand six hundred and forty pages. Each one is made from local marble and has around one hundred lines of writing upon it. 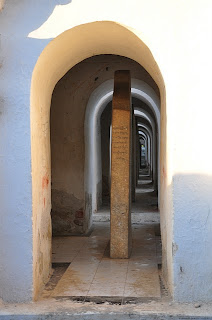 It doesn’t end there, though – each of the pages is three and a half feet wide and five feet tall. In order to stand freely these pages are five inches thick. Each of these stone tablets has its own roof and they are all arranged around a central, golden pagoda – known as the Kuthodaw Pagoda. The book itself does not tell the story of Mindon’s life – many persons of royal lineage would no doubt be tempted to give a version of their own history dressed, no doubt, in flowery hyperbole. Each page is contained within its own glistening white pagoda to protect it from the elements. 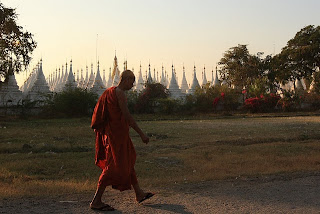 Together the rows of pagodas form the biggest book in the world - and this is how Kuthodaw is now known. The book contains the Pail Canon, which is a collection of scriptures in the Theravada tradition of Buddhism. First written down over two thousand years ago, Mindon felt that these scriptures would be a fitting testament to his life. We know this because the seven hundred and thirtieth leaf of the book records the actions of the king for posterity.

The construction itself is a remarkable story. The marble was quarried from thirty miles away and taken by river to Mandalay. When the work began in 1860 the stones were worked in an enormous shed and hundreds of senior monks were involved in the editing of the sacred scriptures. Each stone has up to one hundred lines of inscription upon it – and these were originally filled with gold ink.
It took eight years to complete the book and it was opened to the public in 1868. Originally, each of the tablets had a precious gem in a casket on its top. When the British invaded the north of Burma in the 1880s the gems were stolen. There was a restoration in the 1890s but it took till the latter part of the twentieth century for the book to be restored to its old glory.

FULL STORY AND PHOTOS HERE.
Posted by PRINTANA at 9:32 PM